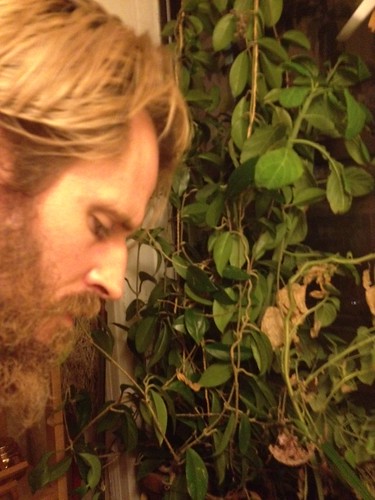 I saw this play tonight
Git Along Lil Doggies
by Laboratory Theater
I found it entirely exciting
yes, I'd seen it before a few years ago
they were doing three shows of it this weekend at The Wooster Group's Performing Garage
I saw the last one. . .
I assumed it would be Packed!
It may have been half full

but I loved all the cleverness
the beauty
"the cameo of poetry"
Turning books into theatrical storytelling
the words, gestures, actions and bodies in movement. . .

rare to see things like this
but then
most people wouldn't enjoy it
most of the test is taken from William S Burroughs later trilogy
which l, as I was told by his editor, was a non-linear mess of writing that he edited into assemblances of stories
they, on stage, had nods to narrative
but it was character and feeling thrown through circumstances that sometimes built on sections of previous . . .
but not exactly narrative

it's fine if you're accustomed (and enjoy) "cut-up"

it's a bit ugly and crude too
but very well done

and we went from there to see
Beasts of the Southern Wild
which totally fucking exploded me
admittedly
I had eaten one of my truffles before the theater
so I was pretty floaty when I landed in the movie
second row
so close I couldn't wear my glasses
a steep angle, so close I pretended it was IMAX

I loved how they presented people that, in my bourgeois upbringing, would instantly be dismissed as trash
trash people
the movie set up hands that to you
even with the title
these people are beasts

and that little kid actress was fucking amazing

but not an art film

the trouble with the ticket was eliminated for free

what did I say today?
I WILL TRUST MYSELF
do you ever doubt your mind or heart?
I think doubt is healthy
or used to
I want to trust myself First
so I can trust humanity First
in specifics and general
with space for doubt
but no feeling of necessity

hey,
it's good to want