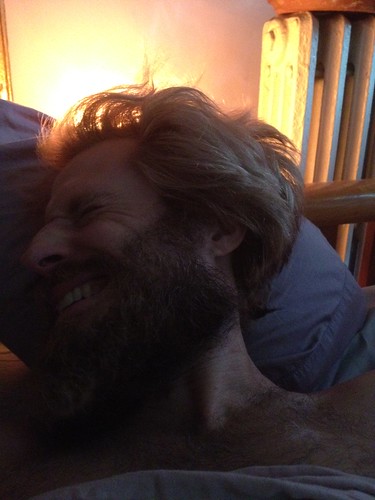 I woke late yesterday
I think it was a morning of double waking
but around noon
in bed til 2
on the video-phone with my mother
and then Koos
who told me I was beautiful, damnit
and would have to tell me again later in the day
while eating a gourmet grilled cheese with white truffle mayo and tater tots at MELT in the plaza of Lexington and 53rd

I ate
looking up at all those high towers of glass
wondering what it would be like to work in one
so many people know. . .

I worked for a temp agencey once
in 1998, I think
staying with JP, yeah
dressing up
going out
working for orthodox Jews in the jewelry district
yeah. . .
could I fake it and pass?
be sent into those towers of glass
to be bored to death by recycled air?

I spoke with dust while thinking this

friends are inspiring to life

cool for me
little one

on the train
the car I entered had only one seat open
and was quite crowded
no one took it: big fat man sitting there
I took it
telling him I'd balance on the ledge
he said "no, that's ok. . . "
so I nuzzled back in with him
my body being enveloped by him

I find my sense of comfort and attraction very odd

they waved as they left

I didn't have to say anything
and plugged my earphones in to play some Bhagavad Gita
til I walked home
so tired
at 22:22
I talked with Koos again
(he must have felt me come in and called me instantly on FaceTime)

no
of course not

but
yes
I can't even say how it happened
the time just got sucked away
I got lost in all sorts of music and stories on the Internet
and here we are
6:13
may as well take the time to type it out anyway

now
can I sleep for a few hours?