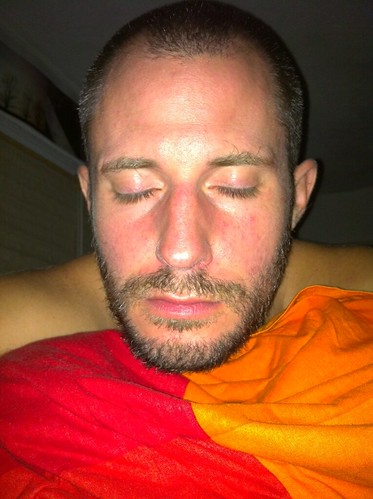 110/116 on the 1/9:
the first place I "lived" in 1997 (and my second stint in '98)
between a Columbia frat house and a man I met through a kid there
this was always where I was going to or coming from during my first visit
which was two weeks that turned into "four months" (as I always tell it... but it was more like three...)

74th street/Roosevelt Ave on the 7:
the second "home" I had
in Queens, Jackson Heights
living with Eli in 2000
was it a month or two?
---to see manhattan from the elevated tracks is still a joy... the nostalgia has faded

Prospect Park on the Q:
where N lives... it was my home, emotionally, when I was here in 2003&4
the park... the popeye's... the gas station... walking across those broad streets...
and later in 2005... when I felt like I was moving through a miasma of sadness and guilt every time I got off there: the horrible impossibility of love and friendship dying on the vine

Delancey/Essex on the F:
my Home in 2005. the mosaic fish. the escalator I would ride up to Essex...
the stairs I would walk down off Delancey (the Williamsburg bridge spewing it's cars at me violently)
GEM, the Bank...
coming home late at night
occasionally eating at Ray's
always disappointed I couldn't like The Johnson's or Schiller's
or feel comfort and peace in this area

190 on the A:
the beautiful sloping tunnel, the mineral deposits wishing to be stalagmites, the crumbling walls
the gorgeous rock cliff we walk into,
the delicious raspberries and mulberries on the walk there
the Rocks! the Vines! the icicles in winter
the Russians in the park (in winter)
the young jewish kids studying there on Bennett
such a joy to look up and see the rocks& the park right there
my first preference when I moved up to washington heights: it's Express!
but so often the A was under construction I began to side with the 1
I used to love walking home at night, turning on 192 to see all of the windows lit up on Fort George Hill: my building one of them: how exciting. that view is obscured now by a new tacky apartment building they've just thrown up this year... but even before that I found I preferred walking one block further along the park to 190, crossing Broadway where the 1 opens up, and walking up Fairview...

191 on the 1:
when I first moved here the tunnel was a bit terrifying:
achingly long, moldy, dirty-white, covered in graffiti
and stories I'd been told of gang initiations in there shooting random people to prove you'd do what you're told
initially I always took the elevator up to St Nicholas Ave
standing close to the Dominicans: their beautifully plucked eyebrows and stylish clothes
they'd shout "caveman" or "Jesus" in Spanish at me...
but the first winter winds changed my mind about walking home on a hill
(though I love the view walking down Fairview... Wadsworth Terrace's sharp building making me grateful I lived in such a strange area... and the Raccoons living in the trees outside my window I'd see playing in the neighbors' trash)
very quickly after I moved up here the success of the musical about the neighborhood caused money to be funneled into making the tunnel not look so treacherous: one side green leaves; the other blue stars. within a few months graffiti had made its way into the mix and some girl had taken over the walls near the street and made it an art gallery: I began to love walking through the tunnel and up Fairview... noticing even more the bizarre view of Wadswoth Terrace's buildings held up on iron stilts...
the only danger in the tunnel now are the kids who ride their bike down the hill, zip through the tunnel, take the elevator up and zoom down again.
I now ride the A & the 1 equally... depending on destination and maintenance schedules...