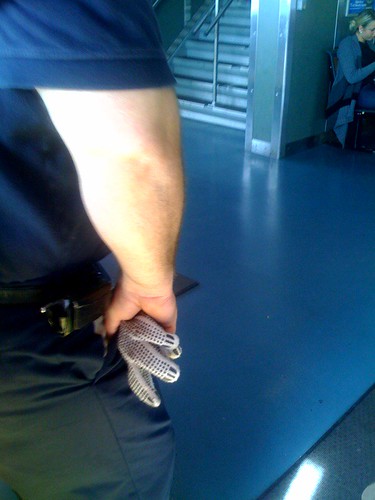 I was amazed at all the cars
The freeways
... I felt like I was on Mainland America
We pulled into a suburban housing plot
Pretty with fallen leaves all yellow
And big purple Halloween plastic blowup somethings

He said he obsessively buys CDs
Has over 23,000 on the top floor of the house
Snoop dogg
Radiohead
Manu chao
Maria Carey
Aerosmith

It seems he buys most anything he doesn't have
Says he takes a 32 disc wallet to work every Monday he fills up
alphabetically
"so I listened to 9 discs by Naz, bill Nash... " he listed a few..

The walls through the house were lined with "modern art"
Matted pop-up cards coverd in glitter and puff paint...

Waiting for the ferry
A lot of black boys/men enjoyed shouting into the air
"open the damn door!"

So many things about so many people
I just don't Get