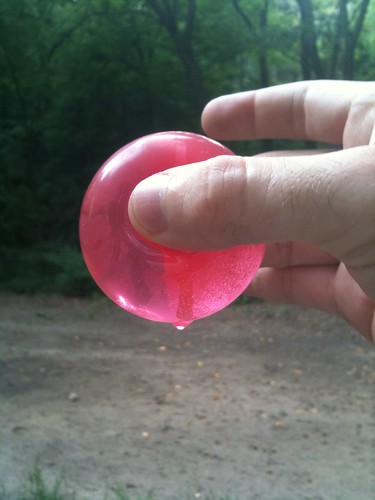 the big one was ravenously thirsty
the slim one looked her in the eye and asked if shed like help
she told him she was fine on her own
yet her body said
yes, please
he took the tiny yellow thing from her little hand
and deftly put it on the spout
started filling it
asking her how big she wanted it

slight
the big one told him his cousins called those half-filled little ones "squishes"
more fun
they don't explode so easily...

the big one stopped at the next fountain
where the slim one played with him by letting the fruit leak out on his sandaled foot
the big one looked up
around
touching the fountain
puzzled
back to drink
again
they made eye contact
and laughed
and walked on through the sweltering day...