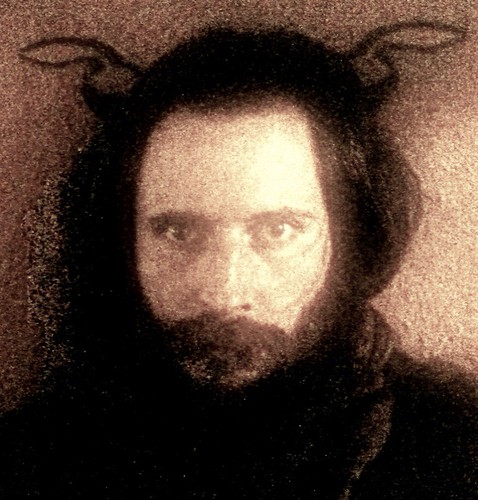 (enough of Before Today, though I was happy to hear that song again... good shuffle!)

nothing much
I woke around ten AM, having slept 11 hours
practiced a series of Mudras
burned some DVDs
while being stick in a bearfront hole
but felt good I got a stack I'd burns made for Goat. more to go

burned more DVDs
made lists of other things to do

lost control
brushed my teeth
headed down to the Armory show

avoided the colourful Beardy artists who shade me
was a wee bit of a critical bitch with the latinos: if you're going to recreate an image: stage it properly
talked with the two Beardy designers
went out to eat BBQ
though I didn't want to leave
got to beef ribs
fucking rocked

I'm thinking of asking Danny to take the mornings for me so I don't have to wake up early:
I'm just a 10am kinda guy