last night i went to see a show

i'd found him again on-line months ago
capriciously, i remember
but downloaded his performance from
spinning on air
saved it in my iTunes
and it came up randomnly two weeks ago
i googled him again
and found he was in NYC


i got two free tickets
and brought a friend

i hadn't bathed for a few days

the boy had a high-wire voice
my companion in awe remarking
"such tension!"

i somehow love songs sung from the prospective of the mother left at home
'these flowers' by Martha W
what was the name of this boy's songs?
calling the wandering child "wrecking ball"

going on
dancing with text to a Jacques Brel song
growing up with a French Father
i suppose he's fluent
(my weakest link: only one languages; my shame)

showing us slides of his own niece
(all of his slides were moving pictures, even if there was no action)
singing a song
somehow the lyrics sticking in my head was a hammering repetition of
"i will still love you"
or continue
or not stop
somehow expressing an endless capability
some faith for the child
to know she'd always be loved
"you don't need to be perfect"
"don't have to"
ta
ah...

with two free tickets
i felt it fair to give him forty dollars for his CDs
happy to have some his recorded music
and on such strange little shiny discs
so antiquated already
(i haven't owned a CD player in well over a decade... apart from what's in the laptops i carry around)

my friend and i went to some after party

we drank and talked

and i marveled at New York 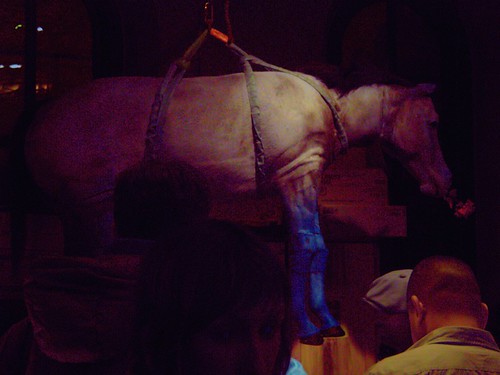 as a child
once ( a few times )
my best friend and i got lost in Chicago
pretending we belonged
children (18)
on rooftops
in eagle's nest bars
sitting around people with real lives
wondering...

NO!
every black boy on the subway knows eachother
they laff
and gesture with their eyes
and yell at the homeless ladies
all with the same stories
-- can you fault them? they're freezing and hungry (and fat)
someone smells of of whiskey
gone sour through a lifetime of breathing it

I'm at a party on the top floor of the Public Theater!
(sorry, i got lost for a moment)
i'm a white boy
but i can talk to anyone
so i know everyone as well
(a million times said to me " i don't know why i'm telling you this " and last night i understood: it's because i can hear you and i will desperately wish, in my heart, that you hear yourself and do something to bring yourself into integrity with your wishes or pains... and Be Alive... i hear you: i see you: Be Alive.) 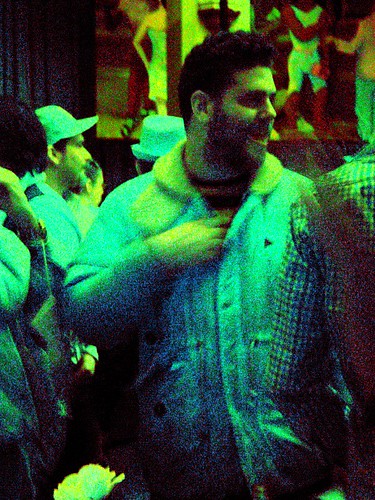 some other pretty boy a few tables away
that my friend has a relationship with (they've never met, but for their eyes)
alone

then leave
for a bar
already near 11pm

what bar?
it's snowing heavily
heavenly
it's beautiful
we laugh at St Mark's street
and go into some silly automat
buy things with coins, pull down the doors
eat stale lifeless food
with bright colors!
remember when this was normal?
a few lives ago for us...

we land at Area 8
or Section 8?
and sit and talk
here
i buy us both Manhattans for $6 a pop
which is a good deal
though we don't get to keep the shaker
(there may be only one behind the bar, i have compassion)

my companion seems to know more about TV than i would have suspected
telling me "sophia" had a stroke that allows her only to say the truth
"it was in the pilot episode"
?!!?

getting a little drunk
talking about how America's racist past is being white-washed
and an artist i met a few nights ago is sure to include these in his paintings
a can of Uncle Remus Syrup (they actually made that?)
painted next to a face-mask of Aunt Jemima
mentioning Obama turns political
and i make the pickinini joke
"Rick Warren and a gay marching band! and Pickinini's eating watermellon!"
and some beautiful black boy is sitting next to me
(I thought he was TRICKY when he came in, but no, a young 20-something from St Louis)
Saint Louis!
what's life like for a queer black boy growing up in St Louis?
American, i'm sure.

then Dynasty comes on
at which point i wish i were in amsterdam
but walk outside to stand next to a shy guy
and smoke some pot i intended to bring to share with some friends staying in the Trump Tower
but now it's way past their bed-time i'm sure
and we miss our seats at the bar and head to the bathroom
where we piss
then i suggest we smoke some Salvia
-- in a tiny tiled room, the two of us (my friend of the evening)
looking into a mirror
talking about the experience of not being the self
but seeing the self there, yes
but being the self that is animating all of us
feeling the hand on the back of the head
the puppet head
the baby being cradled by the mother

ever touch is magic
everything is LIFE

we head out
back into the snow
the slushy sidewalk
past Phoenix (no thank you)
it looked like the gates of hell!

but walking along 14th street
i decide i am finally hungry
and go to get some Artichoke pizza
in there we meet DandyLion
(who we'd spoken of earlier in the evening, now living here in Layard's old room)

by the time our pizza came
it was too hot to eat
i suggest we cool it outside
they suggest we eat it in NoWhere
so in we went
back room
tonight
lit by red lights and a huge heating lamp
there was a drink there waiting for us
- we were thankful
DL said he'd never tried Salvia
so i gave him some
and a strange leather queen ("skiing the slopes")
stood around
looking at the pipe
having no idea what it was
but wanting some
i smoked again, my friend smoked again (i should have just used his name earlier, it would have been easier, but now i must keep up the enigma)
the leather queen stared at our crotches
occasionally trying to touch us
we shewed him away

and i was so relieved when DL became talkative again
and was able to describe his experience with familiarity
even though he prefaced it with "i've never felt anything like that"
he was able to talk about the layers of reality and dimensions striating with a common grace
-- the last two people i'd smoked out before tonight both spent the entirety of the trip screaming and fearing their death!
(no fun)

our pizza was gone
it was still snowing
it was near 3am or 4am? 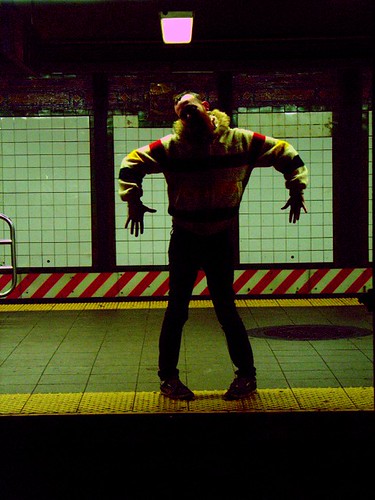 New York
so exhausting
so lovely.

(clicking on any photo will show the rest i took)
Collapse