{unfinished: wrote for another hour on the night of the 20th, but not yet finished} 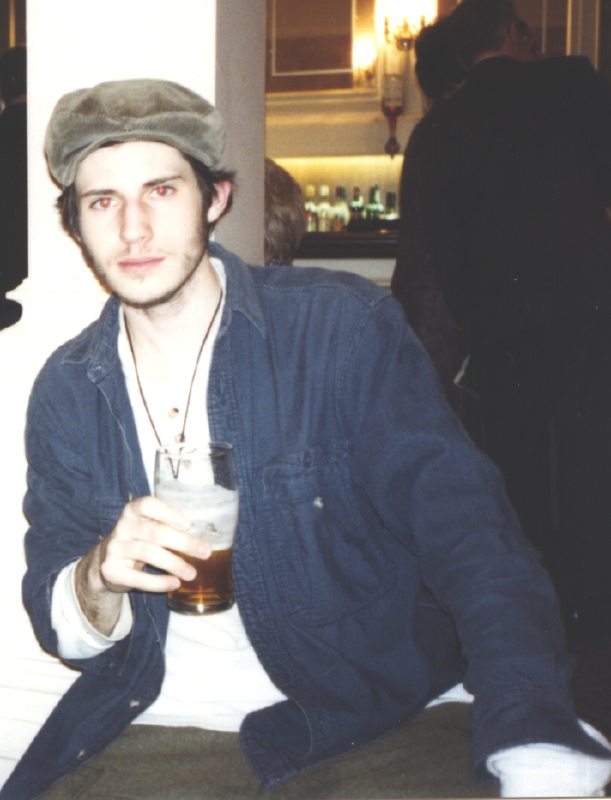 Shortly after the end of the school year, just as i turned 17

some girls, friends of Sheridan's, i think

some how
i had been given some good acid as well
and was eager to see what would happen taking it a second time.

the party was nice
light
fun

i remember playing with my cigarette
again, enjoying it while tripping
the light
the way i could punctuate my speech with it
... the visual effect more than the actual smoking
but something about controlling fire like that was really great. . .

still
i kept getting these internal signals calling me into myself

the night wore on
and i got further away from the people around me
til i snuck out the back door
walked through the yard to its edge
and into the "forest" there
...
there was a deep gully
where a stream maybe once was
a large wall of clay
i was blocked entirely from the house by it
it made me feel very far away

we had a conversation
where they explained to me what i had been doing
how all of my anger, judgment and rejection was pushing life away from me
and starving me of life force
making me ill, tired and displaced

they said "you don't need to do this anymore"

somehow
my mind didn't fight it
i understood
and felt a great strain release.


For my Birthday
and for the Trip to England
Melanie cut, colored and styled my hair
into a dark cherry-red pompadour
which was a very different persona from my "trent reznor" look
again, i felt much lighter

the job of working at the Pie Safe became a lot more fun:
as soon as i knew i was moving to england
i started practicing my accent
(most of the music i listened to was british and i watched quite a few british movies and tv shoes with daniel...)
while at work
i would often answer the phone with a "british accent"
and one day
my boss said "uh, dominic, some women just came in and asked me if the British Waiter were working today: do you know if he's here?"
i probably blushed
but took it in stride
and made far more tips that summer being some kid from Cornwall
or Birmingham
--- i had no idea how different the accents were from the butchered cockney i was affecting
and i don't know if the old ladies having pie and quiche knew either
but if they did, they homoured me and enjoyed my bullshit stories about growing up there and being on foreign exchange here
because i always got paid well

for three days before leaving for the UK
i didn't sleep
trying to clean my room (it always looked like a whirl wind hit it)
see everyone before i left
and try and select the things i'd need in my new life...

when i arrived
it was raining
apparently they'd had a drought that summer
and i brought the rain:
it rained every day until the last week of my stay.

my Host family were called the Fean's
the mother wore the pants in the family
she had short cropped hair, forced the whole family to be vegitarian
and spoke with a deep gruff voice:
she was scottish
my first impression of her was cemented when, at the airport, i tried to enter through the driver's door
(you know, they're reversed there from here...)
and she said "oh, are you going to drive us home"
in a tone like i was the biggest idiot on the planet...

she introduced me to everyone in the family:
i had a surrogate brother named Paul who certainly seemed queer to me
his sister, Rosie, was leaving later that day to fly to america and live somewhere in Maryland
the father (i don't remember his name) was a stutterer and was completely pushed around by his wife
and Rosie's best friend: Julia
she would be my guide to the town.

when i woke up
i was a completely new person
all of the neurotic thoughts in my head were completely gone
i didn't know who i was
and was eager to discover. . .
and the world i now lived in