i didn't really have friends, apart from my brother and Neil and Brian (or had he moved away already?)
well, i liked Charlie and Mike...
so i invited mostly kids i WANTED to like me
and that was the age kids started to hate me
i wanted so badly to be liked and accepted and
desperation is so unbecoming...

my father wanted so badly for everything to work out
and i couldn't do most of the obstacles...
maybe no one could...
i think some of the kids could
he tried so hard and i got embarrassed
i kinda went and hid
coz everyone was making fun of me

i was still sucking my thumb at this age
it drove my father crazy:
as he gave me more attention
i was more an more a failure in his eyes
which made him try harder:
he wrapped my thumb in duct tape
or masking tape with tabasco sprinkled on it
he eventually broke me of it
but i'm still a very self-satisfying person. . .

and sometime during that summer
my brother stole a quarter and a matchbox car from Neil
and our parents made him go back over to Neil's house to return it
once for each item, as it kept unfolding
and he got spanked each time.

my following birthday i had ever more kids up
but 9 years old? common!
we had a sleep over
and stayed in the upstairs part of the barn out back

i was shocked the next day to find that my father had been listening in on us down stairs (or outside?)
and he heard all the nasty words i used
he wrote them down
and scolded me about them the next day

made me write over and over
"i will obey my parents. i will not use profanity"
500 times or something

i didn't really love 3rd grade
it think this was when i really started to hate school
i was always getting picked on
was terrible at sports
was ugly and awkward around everyone
and had the worst luck...
went out to the playground in fear of being beaten up every day
.. so i started pushing for doing theater: i could get big roles in that
even if my real life was severely failing...
but another class had done a science experiment with incubating eggs
i wanted one so badly
that teacher went and bought me a little chick
it turned out to be a rooster and i named him "Eggbert" (at my mother's suggestion)

that may also have been the year my sister got a "bunny" and named it "carrots". . .

before the Nintendo
i remember that summer of playing out on the rusty swingset
Neil was my friend when it was just the two of us
we would empty out the mice traps in the barn (shed) and discect them with my brother's lab kit (he never used it)
Neil's dad was a Science teacher in Middle School
so we were learning ahead...

we'd put the brains in one test tube
the intestines in another
the eyes and penis in . . .

(oh, i forgot that, when i was 5 or something my brother and i went for a walk... a four hour walk through the corn field... i remember talking to a fox who gave us a ride on his go-kart. we came out the far side of the field and went into a little farm house where a woman gave us a glass of water... then we walked through the corn home... stopping by a little drainage ditch to play with the frogs and turtles
when we got back, police were everywhere and my mother was hysterical: praising some saint or other and grabbing us tightly against her)

i felt so free
so alive
so full of joy

often, then
i would sneak outside and be naked
it filled me up with life! 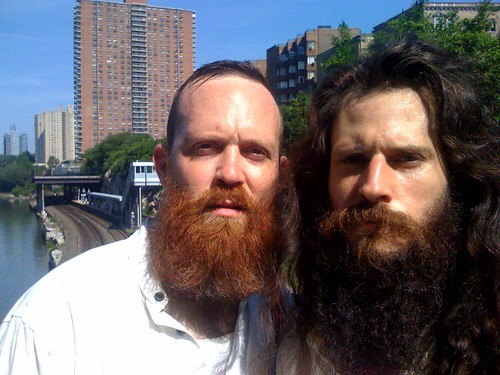 starting out in Marble Hill 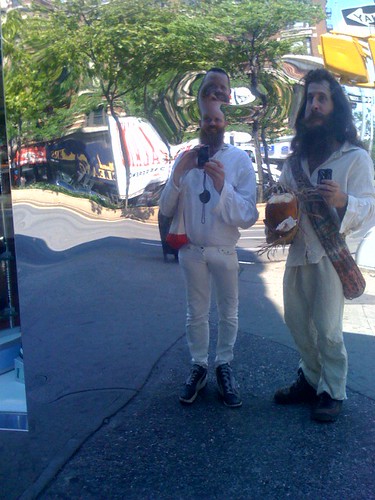 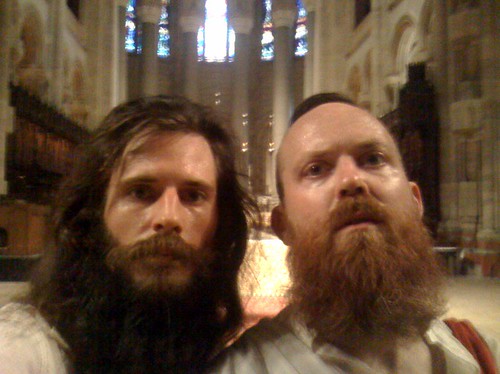 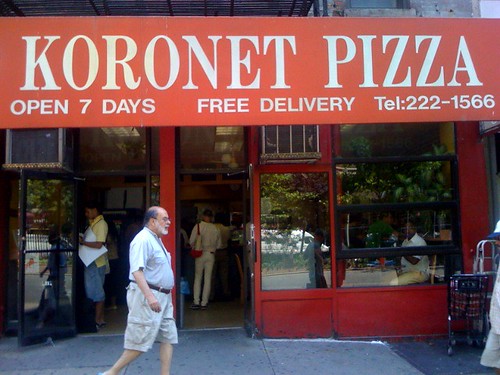 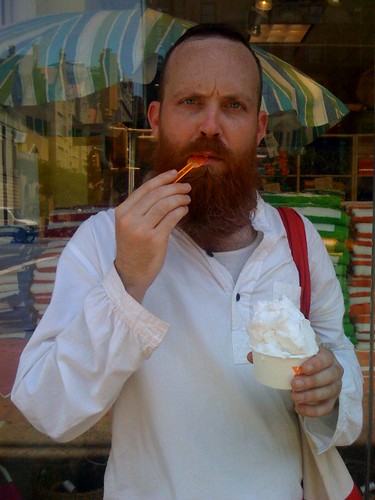 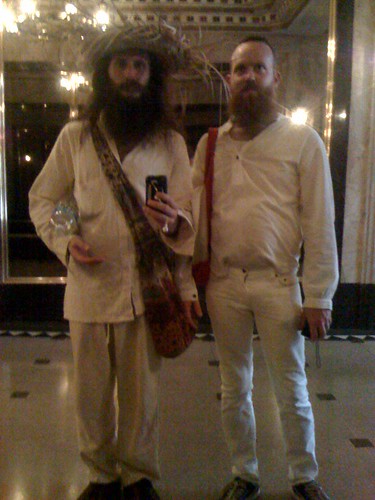 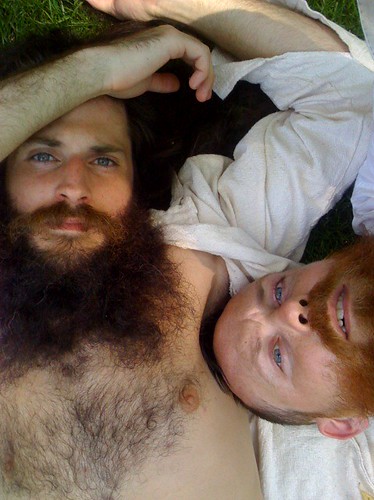 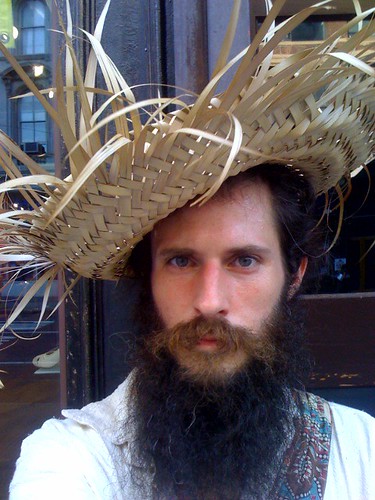 I was resting on a standpipe at White st while Dust bought some photo
paper
a little stooped Iralian man said
"that's a nice hat"
- a friend gave it to me to use today: I'm walking the whole length of
Broadway, I replied
"he cares about you a lot"
he said, smiling, eyes twinkling
"you're a strong man... in this heat... that's a nice hat"
and shuffled up the way... 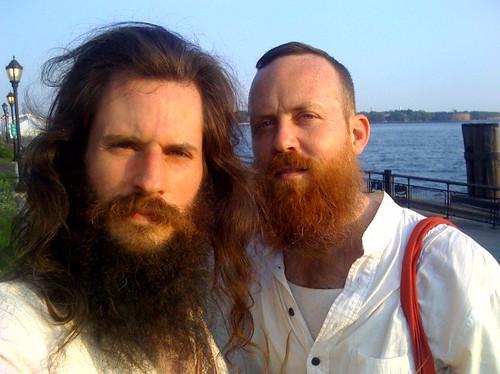 However long it took...
we're here with the other tourists on this island of Wolf Swamp.
We walked this Way for all of our fellow....
ah,
...

onto St John's place in Brooklyn to drink some beer...

Now: where do we catch the Brooklyn Ferry?