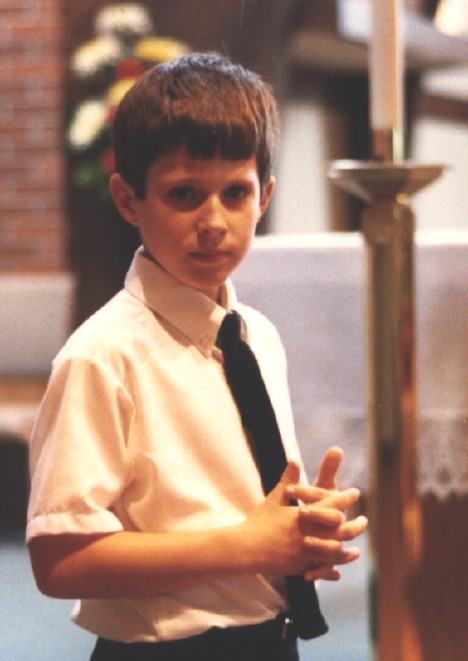 This is the year i assumed everything happened to me

i mean
i used to always say "blah blah blah, when i was 7 years old"

all of this time-line is blurry

but here are some things:

my teacher, Mrs. Jarboe, read us the entire Chronicles of Narnia (i
think she did, at least the first four books)
-- i'm sure my mother must have read us some children's books
but we were not a reading family
-- my father said "books are for sissies, boys play sports"
i remember the books being the most amazing thing ever...


playing in the ditch when it rained and filled up
the frogs! the mud!

i got asthma
my mother had asthma
i was her friend, so went there with her
we had panic attacks together


by that ditch at the end of the driveway
were my mother's peony bushes (she got them from her mother)
i would watch them bud: all sticky
the ants would chew away their calx so they could open


my mother was concerned about our education and her affect on us
(she'd not gone to collage and was constantly berating herself about
it.. if only! she could get a good job! have money of her own!)
what was our address?
my brother was 15 months older than me
and he recited it back to her diligently
however
i just couldn't get it right
and after my mother getting frustrated with my not learning
or her not being able to teach me
she said "well if you don't know your own address then you obviously
don't live here! you best pack your bags and leave!"
and stormed off

i went to my bedroom and put on the little brown suit i'd been given
for first communion (which was also that year)
and packed my little suitcase that i'd always take up to grandma's house
and left through the front door
down the driveway
left
down
down
down that country road (it was paved, though)
past where the houses ended
corn fields on both sides
wondering just where i should go...

and talk about our parents

even though my father was away often
i didn't really enjoy it when he was home, actually
i never really liked him anymore after he shaved off his beard and
just had a mustache...

it hurt my ears

but it was only a few weeks later when
on a trip home
my father
called a somber and tense family meeting where he sat alone in the
lazy-boy recliner
with us three kids on the couch with my mother, tight lipped and infuriated
he started crying and said "kids... come and sit by daddy, your mother
doesn't love him anymore and wants to leave me all alone.. you still
love me, don't you?"
i was aware that i hated him
and my brother and sister got up to crawl up on his lap
i stayed on the couch
glowering

my mother pushed me
only slightly murmuring "go"
Collapse