on my fourth birthday my uncle Rick (also my GodFather) gave me a set of keys
he was a locksmith
and i think it was just a ring of all sorts of duplicates he had made for various jobs that he no longer needed
they were on a huge ring bigger than my hand
maybe 30 keys
maybe a million
i don't know
but there was ONE that was cut in green metal
and i knew that THAT one was the one to take me home
that is
i knew that when i was done with this life
i could use that key to open the door and go back to the world i was from
(?!?)
that was late spring, of course
and it wasn't many months more before it was mid summer
the heat
and the awkwardness...

i struggled against the bed to move it away from the wall a bit
and stared into the wallpaper
seeing the white dashes move over the dark blue
then looked down into those strange and magical key-holes around our house
that made the lights shine and the appliances flicker
i pulled out the green key and stuck it in the socket
.
.
.
and flew across the room in a blue arc


i cannot describe my confusion and disappointment
when i opened my eyes and found myself laying on my back with my mother and brother looking down at me
"What Have You Done?"

for perhaps about 20 years after that i was disgruntled for having to be here when i had chose to leave. 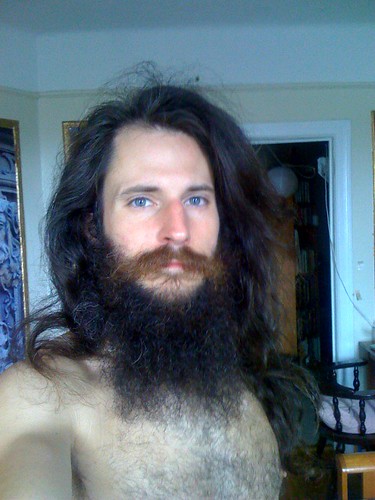 I just ate my first bowl of
very watered-down curry.

it's so nice to return to the land of the body