... and around age three
my sister was born
so for that year
my brother and i lived in the middle room, while my baby sister was in the corner room

we had bunk beds
and i often "had" to sleep in the lower one because i was the younger
-- it was like a cave.. which was a good safe space for me to delve into my fantasies
... the wall paper in that room was dark blue with white stripe-type patterns on it
many verticles, then boxes, circles, with dashes and hashes through it
i would look into it and see faces
all sorts of creatures and characters
my eyes would go far and wide
and i would disappear into reveries in some far off reality
where we didn't have bodies or even such distinct personalities
... how can i speak of such things...

back then
i always slept with stuffed animals
i never had teddy bears
but i had some sort of dog thing, and something else and something else
i remember waking up one night from a nightmare
and in the gloam i thought the animals were some huge three-headed monster (like cerebus, two headed dog...)
and ran screaming into my mother's room
she told me everything was alright, of course
nothing to fear

and i thought about that

being followed by some gigantic towering stick-figure monster
chasing me over verdant hills
terrified
i suddenly realized i didn't need to be experiencing such fear
and stepped back from the whole thing:
it was suddenly just happening on a TV i was watching
i reached forward and changed the channel. 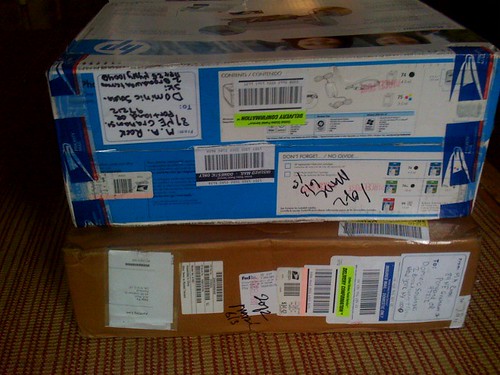 I got my computer today